Happy New Year. May your celebration tonight be safe and may the new year bring happiness, joy and plenty of new music for your ears 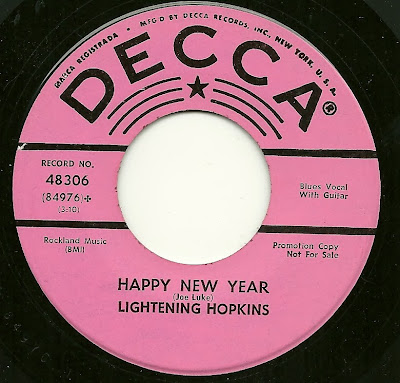 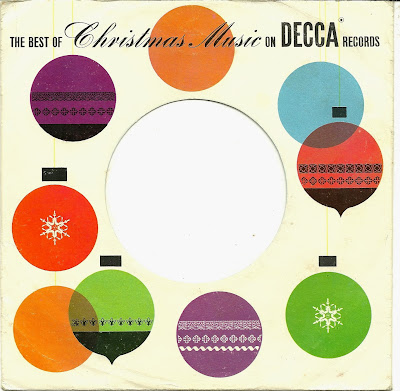 Posted by Poppacool at 8:12 PM No comments:

My wife would ask why I like this 45 as Veggies are not my favorite thing in the whole world. It would be fairly accurate to say I am somewhat of a picky eater. I do love my veggies in stir fry.  I picked this up in October I believe. It looks a bit rough but played halfway decently considering what it looks like. And what do you want for a quarter. This is a Brian Wilson song and the Laughing Gravy were really Dean Torrence of Jan & Dean and it appear possibly Brian and Marilyn Wilson were involved. 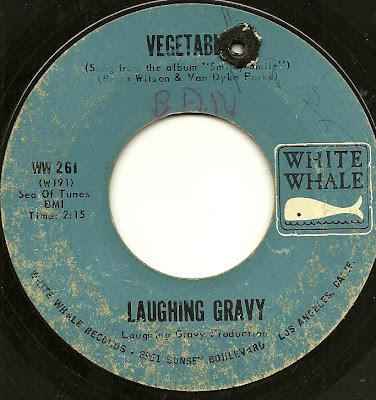 Posted by Poppacool at 6:07 PM No comments:

Found a whopping 5 45's at the flea market but we got there really late and I did not get to hit each vendor as my wife can't walk far. We hit a few records stores afterwards (left empty handed) and came home.

I picked up this 45 about 2 months ago. I met this guy having a yard sale last summer and he said he had 45's and every time I ran into him he forgot to bring them. He finally called me and I looked at what he had. He had about 200 45's and most of them were beat to hell. I ended up buying them for $5 bucks and gave most of them to my friend and probably only kept 10. This was one of them and lucky or me it was in really good condition. 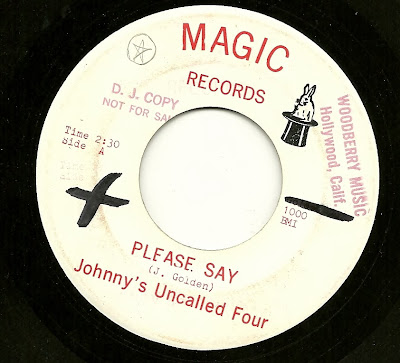 Posted by Poppacool at 5:01 PM No comments:

Last Saturday I went to the Flea Market for the first time in months. I was pleasantly surprised with how many vendors were selling vinyl and purchased about a dozen 45's. Unfortunately, a lot of the prices were expensive, especially considering the condition. One guy had a box of 45's, mostly 70's and 80's new wave that he said he found in a barn and they looked like it.  There is a possibility that I will hit the flea market tomorrow again so hopefully I will find a few more treasures.

On a more miraculous note, my wife and I, and the "kids" (our cats) had a late Christmas present today. Over a month ago, one of our cats (4 years old) escaped out of the house. He was our "anti-social" cat and barely would let us touch him. I had taken up our dryer vent hose to exchange it and in the process he had gotten out from under our house. We did not know he was missing until the next day as he pretty much hides daily. We searched and searched and could not find him. I crawled all under the house looking for him (not my favorite activity by any means) and he was not under the house. All the cats were upset (especially Momma and brother cat). Periodically over the past month I swore I heard him but my wife thought I was crazy. On Sunday, I heard a noise on our front porch and when I opened the door a gray cat took off. I told my wife I thought it was Ashton but my wife pretty much had given up hope and figured he had frozen to death over the past month. I figured if any of our cats could survive it would be that ornery cuss. Two days ago my wife was outside and came in and said, "It was Ashton, I just saw him and he went under the house." So today, I unhooked the dryer vent and put some cat food out and an hour later the cat is in the spare room. I hooked the dryer vent back so he would not escape. So he's locked in the spare bedroom and I have to catch him so I can take him to the Vet tomorrow for a checkup. 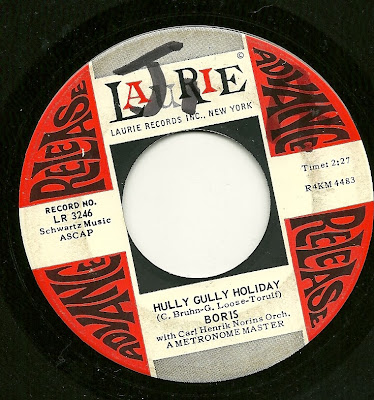 Merry Christmas to All. I'm sitting here drinking some coffee and typing records I have picked up over the past month into my excel database. The family is sleeping, the Christmas tree is blinking and the tele plays in the background. For your enjoyment I have pulled out a double sided classic that should have been. Yes, it is a reissue but what a reissue it is 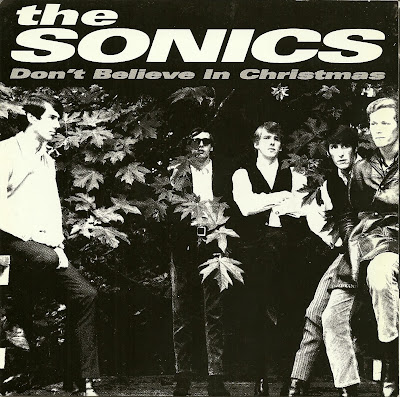 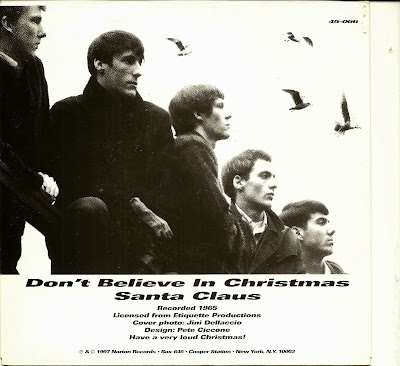 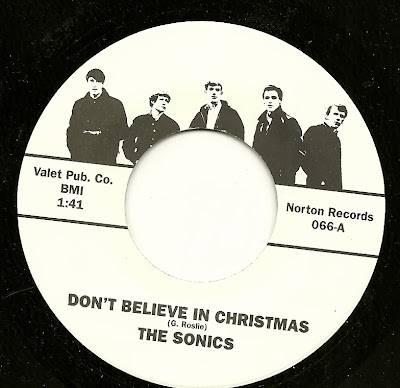 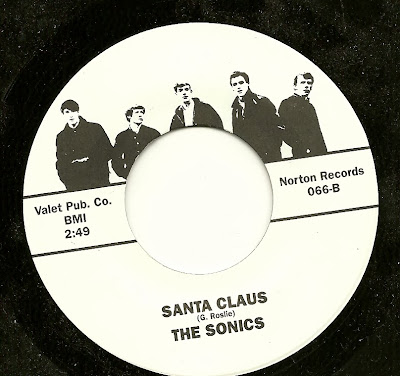 Posted by Poppacool at 9:33 AM No comments:

The plan was to upload last night but my son came into town and I lost track of time, plus had to go to bed early as I had to work at the clinic this morning. There are 2 problems with this 45...one is no Picture Sleeve and two it's not on the promo color vinyl. This is one of those songs that has grown on me....very romantic and sensual...man oh man, should have posted this a few days before the kid came home!!!! 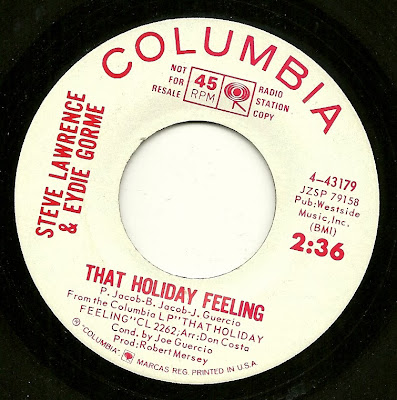 Frankie Lymon- It's Christmas Once Again 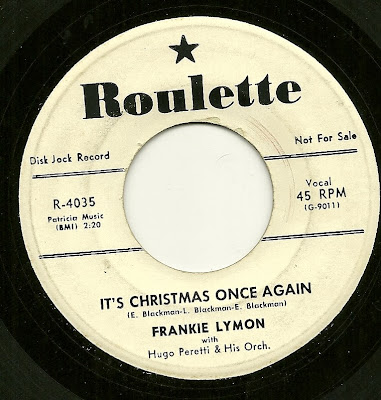 Posted by Poppacool at 7:51 PM No comments: 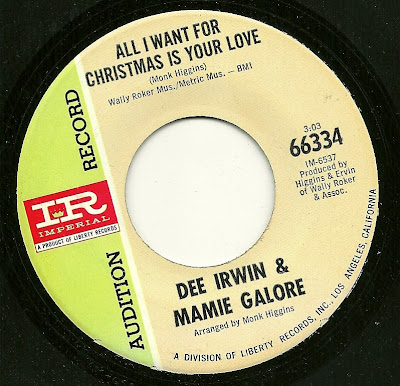 Posted by Poppacool at 9:33 PM No comments:

Ok, this song is wrong on SO many levels but what can I say...I like it 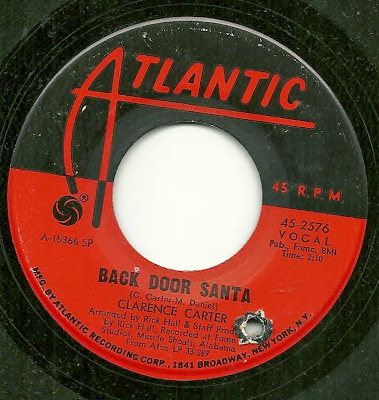 A novelty Christmas song from a very young Billy Burnette 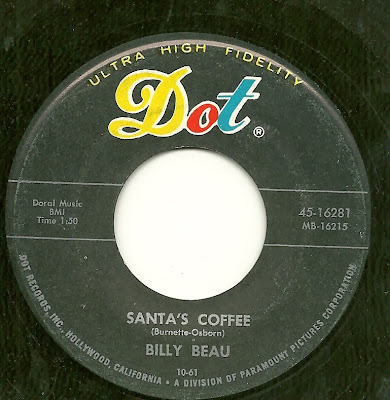 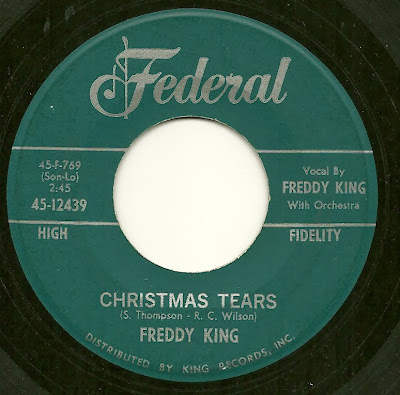 Lee Rogers - You Won't Have To Wait Till Xmas

Another obscure favorite Christmas song is the play for the day. Picked up this copy a few weeks ago to replace the worn copy I have. 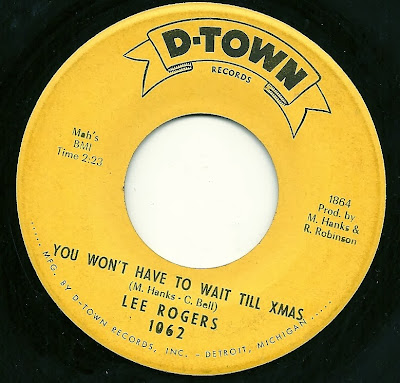 Posted by Poppacool at 7:05 PM No comments:

Stax All Stars- Soul A Lujah

Is this a Christmas song? Well it is not Rudolph but who wants to be traditional anyway.' I am calling this Stax All Stars since the artists won't fit on the post title 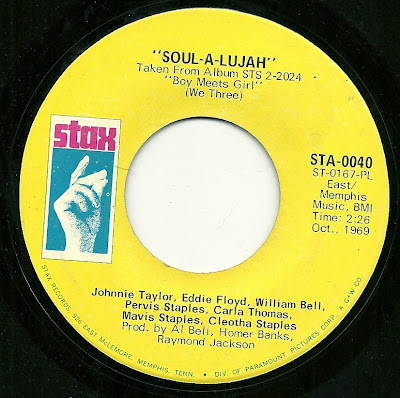 I'm back in business. I bought an Acer All In 1 last Sunday. I'm still configuring it and today I scanned some labels and made some MP3's, including a few Christmas songs (which I will start tomorrow night). Here is a find from a few months ago 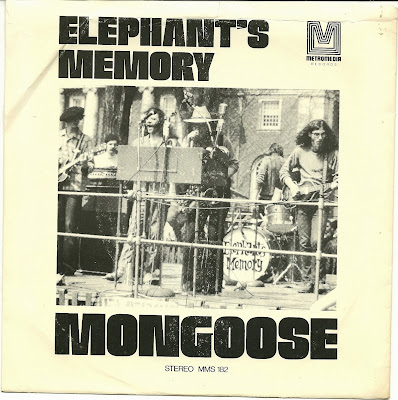 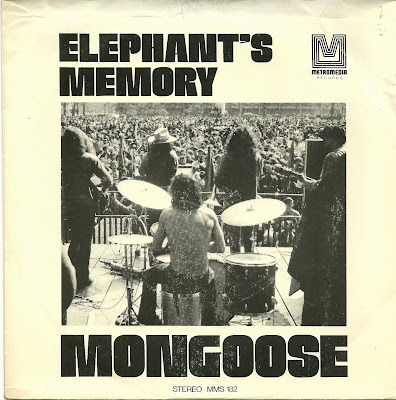 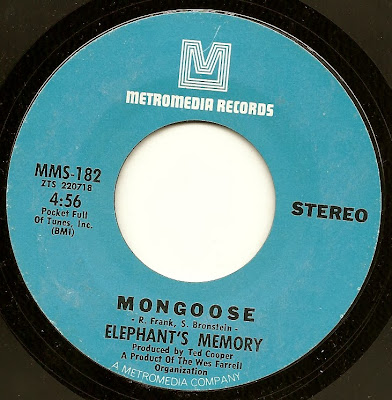 Posted by Poppacool at 11:05 PM No comments:

Well Black Friday was a bust and I am as frustrated as all get out regarding the computer situation. I can't seem to decide what I want. I actually had narrowed it down and made a choice and then the store identified they had 3 in stock but could not find where they were. I would have waited but several of the BEST BUY staff were so incredibly rude I figured I could spend my $ elsewhere.  I'll head out next weekend looking again
Posted by Poppacool at 8:26 PM No comments: