The Gentle Soul - Tell Me Love

I had a pretty good week but busy as usual. So very little time for music. I put in for vacation around Christmas so I am looking forward to a break to relax, do some things around the house and copy some music. As usual, love the Columbia promo 45s and picture sleeves. 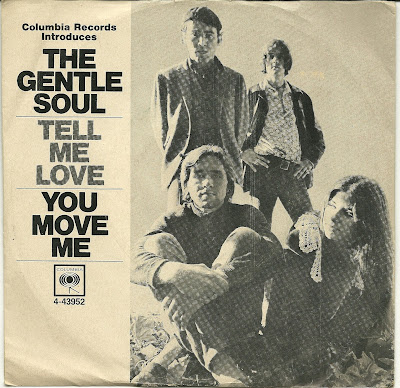 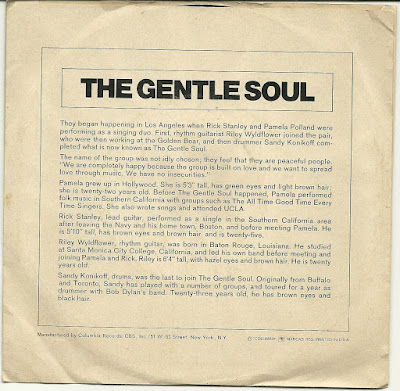 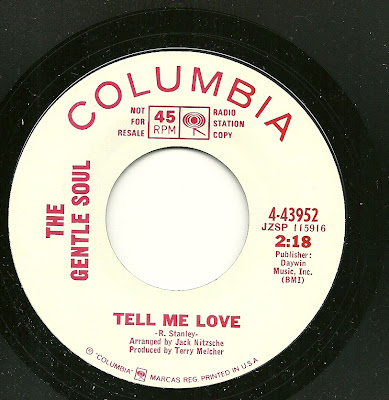 Posted by Poppacool at 6:56 PM No comments:

Guilloteens - Don't Let The Rain Get You Down

I was in a much better mood the rest of the week and that was good. I hate being grumpy. Here is a good two sider. Plan uploading the other side here soon....as well as some of their Columbia 45's. 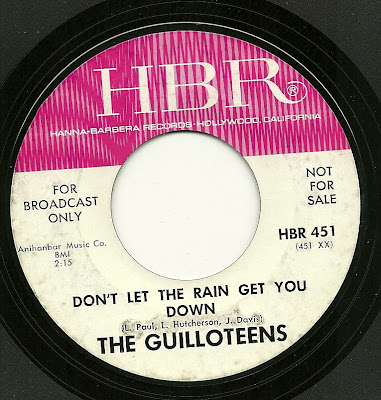 John Guess - Up From The Sea

I was somewhat of a grumpy fokker today...think it's a combination of too much work/school/internship/not enough sleep. I also miss these uploads. I found this in a box of records I have had for several years but had not paid much attention to until I went through again recently. 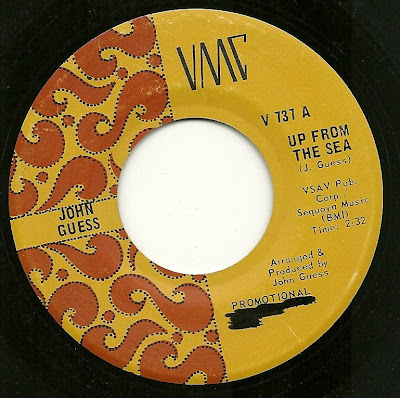 Music Explosion - I See The Light

How about another Laurie single...this time the "b" side. Sorry for the infrequent updloads but this has been a busy semester in school. 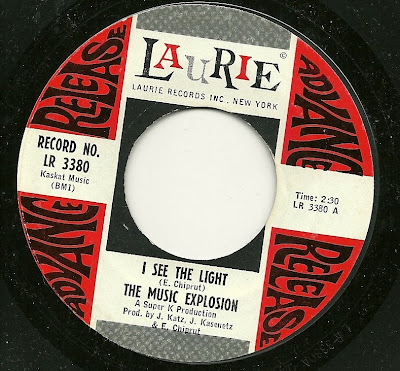 Marauders - Out Of Sight, Out Of Mind

What can you say to describe this one....uh, CLASSIC! 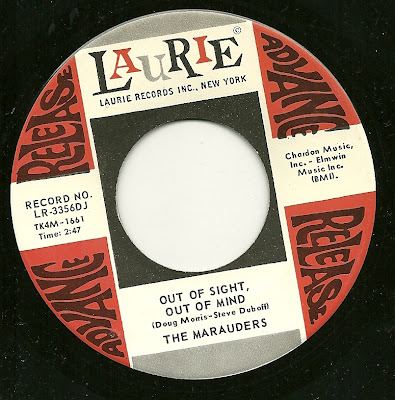 Posted by Poppacool at 8:34 PM No comments:

Had the day off from school so I hit some garage sales with my friend Jim. We had some luck towards the end of the morning and found 2 sales with a bunch of soul 45s that we snagged. Tomorrow I'm back to the grind with reading I need to do, as well as prepare for class next week. Tonights offering was from my auction winning a few weeks back. 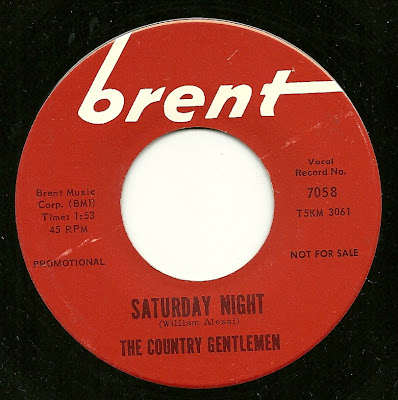 Posted by Poppacool at 9:28 PM No comments:

Here is one I picked up at the auction last week. The stolen lot was full of killer stuff like this. 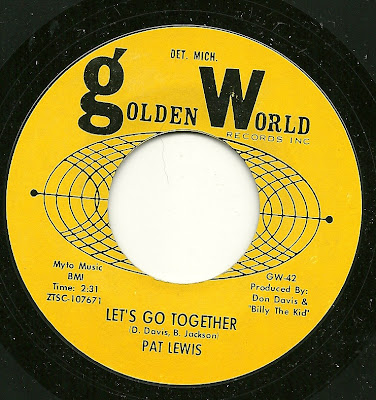 Stained Glass- A Scene In Between

I had another busy week but it was a good week...well, except for the horrible feelings some evil record collector out there brough out in me. Here is the story, there was a local auction last Saturday that had 3 lots of 45's. I went by on Friday and there was some killer stuff in the lot...a bunch of early to mid 60's soul and garage promos. I left bids as I had class on Saturday. Found out on Monday I won all 3 lots...Yippie, right! Well, I go to pay and the first problem was the invoice, as it had me also winning a lot of Elvis 45s (did not bid), a lot of Elvis LP's (did not bid), and a lot of lp's that sold for $50 (did not bid). I pay without paying attention to the invoice. They unlock the case and I realize that one of the lots (with the really really really good 45's) are not there. The owner comes and we relook at the invoice where I notice all these other items listed to me. I pointed out that (a) I had only left 3 bids with him for the 3 lots of 45's (b) One of the lots (the damn good one) is missing (c) the supposed Elvis 45s, lps, and other lot of lp's are also missing. So, somehow someone managed to not pay for items and leave with at least 40 45's and 75 lps. Seems some other person won the other 7 or 8 boxes of of lps. The owner was going to look into it and call to see if the person picked up the box of 45's by mistake, but I doubt they will show up. I love records as you can tell, but I would never take or try to take things I did not win. Well I hope the person enjoys them. 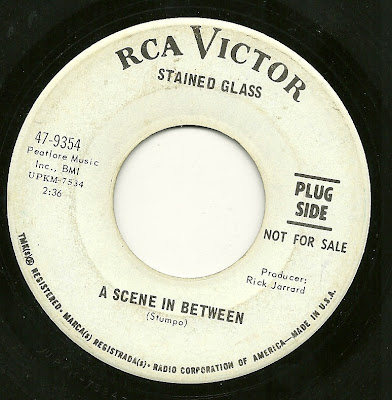