I was going through my boxes and shelves of LP's and I realized I have a crud load of 12" singles from a bunch of alternative artists. This got me to to thinking of doing a spot light on 12" singles. Some of these were not easy to find as many are promos. Tonight's is not a promo but one I found used right after it was released

I love Wire. This was round the time they reformed. I heard this all over alt radio back in the day 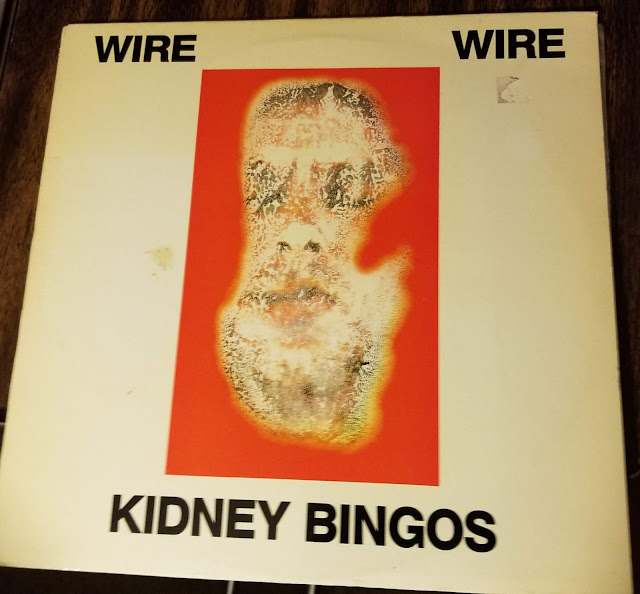 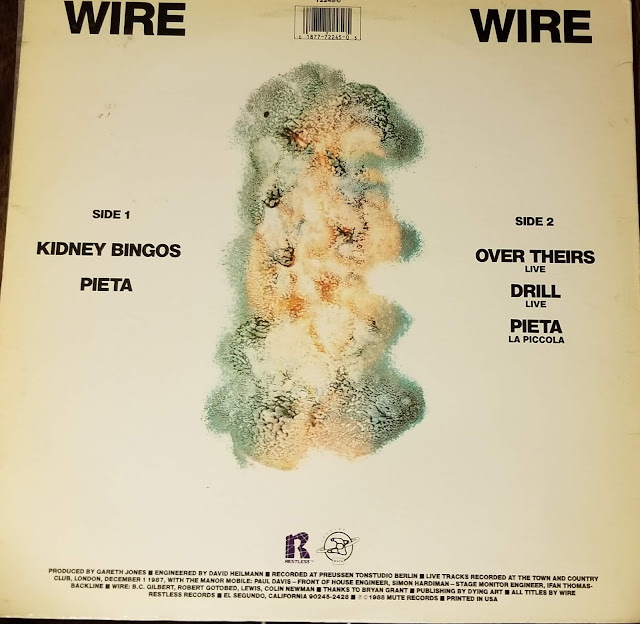 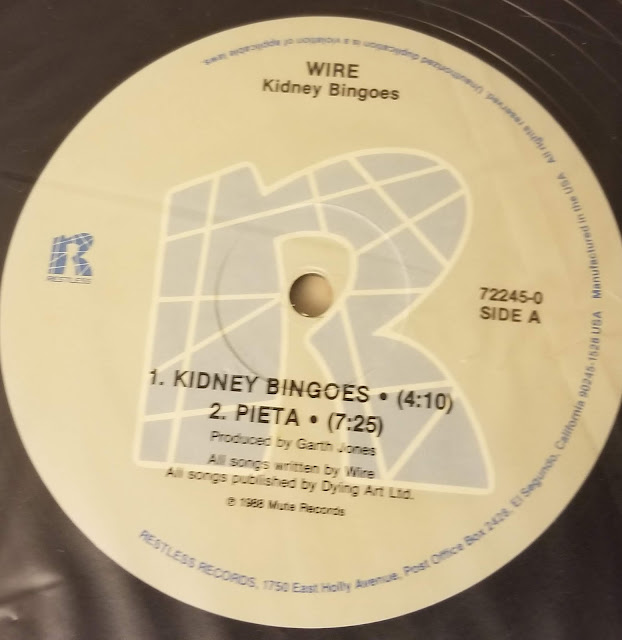 Posted by Poppacool at 5:46 PM No comments:

The Mutants - So American

My typical Saturday morning is to be on the prowl for vinyl. About a month ago, I was listening to the Underground Garage while on my eternal search and this song was played. I looked on Discogs and found a copy that was reasonably priced and bought it. I won't go into the fresh hell that took to actually get the record from the seller but it finally arrived this week. It's lucky it arrived in good shape at all considering the horrid packing and the fact the label was barely taped on and hanging off. Public Service rant: If you are a record re-seller, take some pride in how you deal with customers, not to take your time to ship, and package it up professionally. 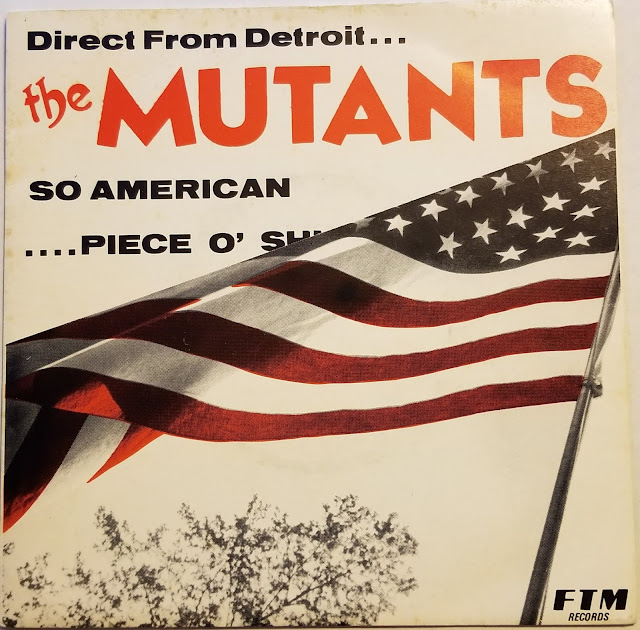 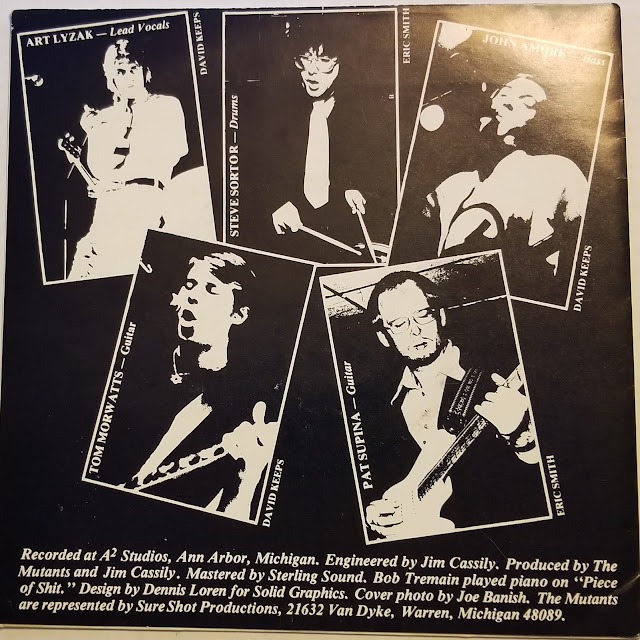 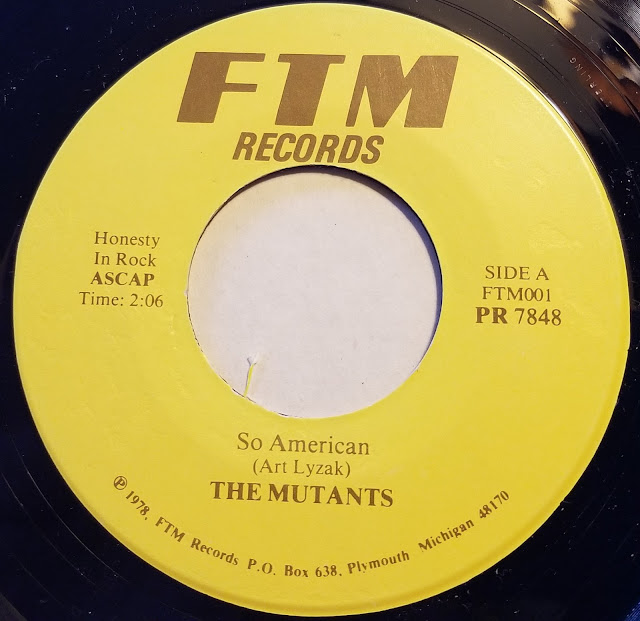 Posted by Poppacool at 7:02 PM No comments:

The Thirteenth Floor Elevators- You're Gonna Miss Me

I have no excuses in my lapses on this blog. Oh I think about it all the time, and have some really cool ideas for the future. But in the end, I get so lazy and think, "l'll upload something tomorrow." And of course tomorrow never comes. But I did get off my A double S to record a few today. More on that later

I have come to the conclusion that I am a record hoarder. I have 2 rooms full of records. So I have been going through them to have a yard sale in a week. I will be putting out thousands of 45's and LP's out. But don't woozy eye thinking that the stuff on this blog will be put out. I"m putting out just tons of I lesser quality regular stuff..no rarities unless I missed something.

So tonight's posting should have been uploaded last week as we lost a giant in the world of Psych. I hope that Roky is at peace. My copy of this classic came into my possession by accident. So years ago, I won an auction of a lot of 20 45's from someone on ebay. When they arrived, I found she sent me the wrong 45's and they were not good. I was extremely bummed as there were some cool 45's in the lot I had won. She felt bad so she sent me a list of 45's she had left to pick from and she would send them to me free of charge. This was one I picked from her list (she did not list labels so I was happy happy when this showed up)

So, I don't guarantee that I still won't be lazy but hopefully I will drop in more frequently.
Peace 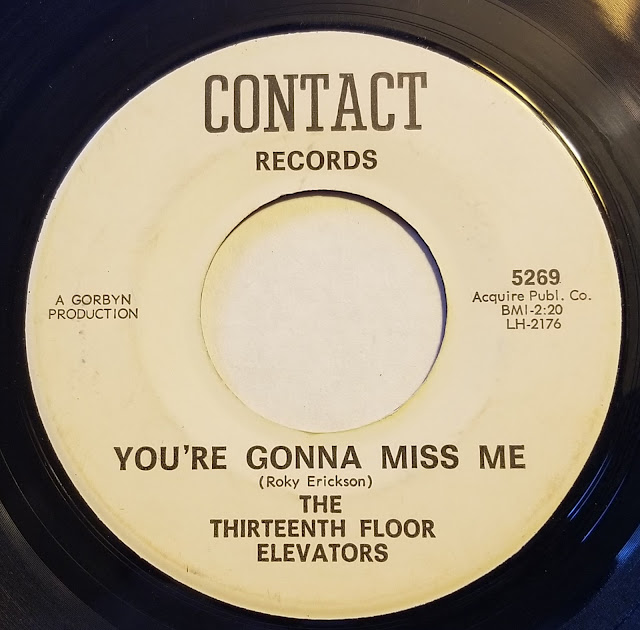