A nice relaxing Saturday that began with 2 miles on the treadmill at the Y, struck out at a few yard sales. When the rain storm started I went home and listened to some 45's and puttered around the house. The day was topped off with Fajitas. 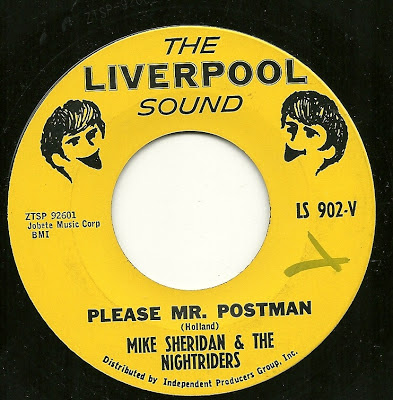 Now here is a crazy one. I would have never guessed this would have worked. I mean, really! But we have a very worthwhile cover version. Freddy "Boom Boom" Cannon covering a song off the Doors debut. Freddy really wanted to do a note by note cover of THE END but Warner Brother's nixed that idea (ok, that was a lie, but a could you imagine Freddy singing, "Ride The Snake, To The Lake" or, "Father, I want to Kill you, Mother, I want to...all night long". 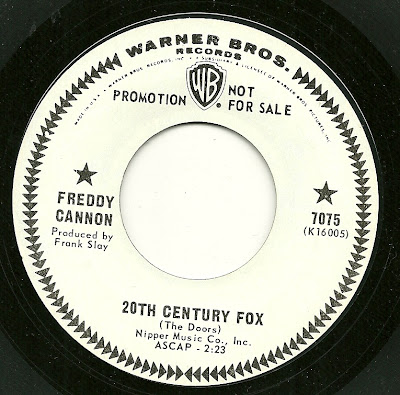 Dion has such a soulful voice. He makes this song his own. 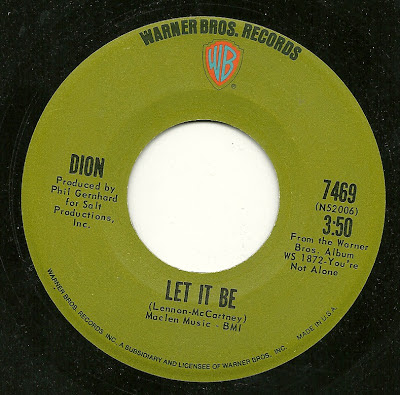 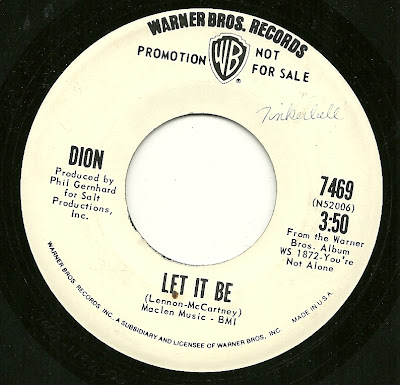 Posted by Poppacool at 8:04 PM No comments:

The Blues Project - Catch The Wind

Once upon a time I did a "cover version" Thursday. Here is the newest addition. 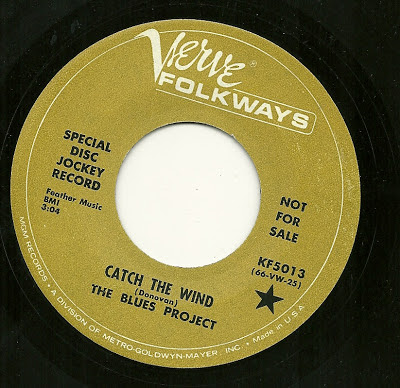 Posted by Poppacool at 8:01 PM No comments:

It is a sad day when you find out an old favorite record shop closed. I was thinking about this shop I frequented when at CSU in Ft. Collins in the late 80's. After I moved to North Carolina, I would check out their record/CD auctions and bid occasionally. Overtime, I forgot all about the shop until a fleeting memory came to me today.  I went on line to check them out and found they closed 4 years ago. They used to have this yearly parking lot sale and would have thousands of lp's and they would charge by the pound. I can remember picking up brand new lp's for 1.99...a Graham Parker lp's comes to mind. I remember picking up a slew of Bruce Cockburn lp's for 3 bucks a pop, oh and the Robyn Hitchcock promo 12" on blue vinyl for a couple of bucks. They never had a ton of 45's but I always found something like the import U2 Out of Control for a buck. At least I have my memories.... 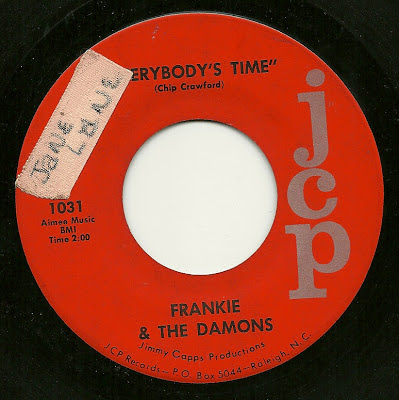 Labels: Frankie and The Damons

I  like the temporary new found freedom from studying. I say temporary because here shortly I need to start studying for two licensure tests.
When I was in my 20's I was sick and out of work for a month. While at home on the couch, I watched the movie St. Louis Blues and loved it. I searched for years for the soundtrack. Recently, I came across this EP and bought it in a heartbeat. What a voice! 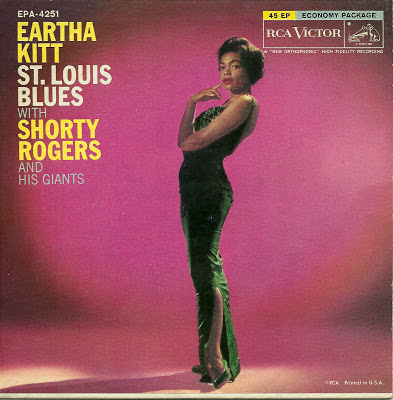 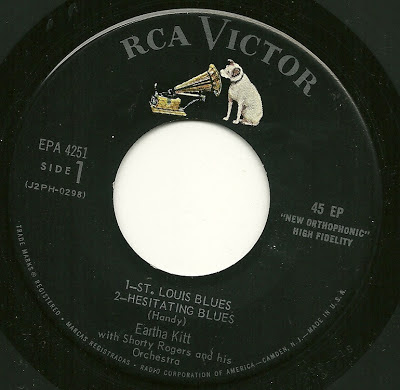 The Rascals A Ray Of Hope

I have been enjoying the Rascals lately. Would love to see their new Broadway show. 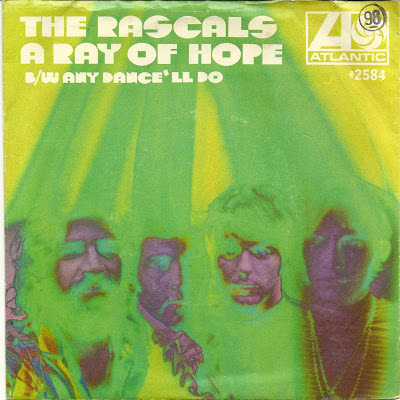 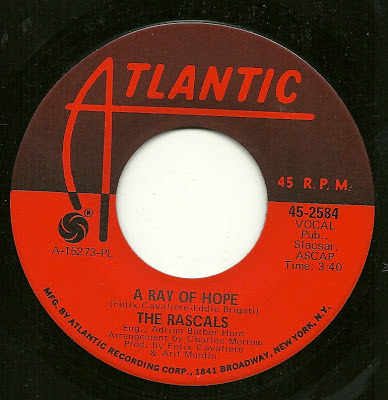 Posted by Poppacool at 7:13 PM No comments:

I spent the day with a friend traveling the 1st annual highway 301 yard sale that went about 30 miles. Traffic was crazy and I ended up with a stack of lp's and a few 45's. We also found a guy that had 15,000 records and went to his house...it was DEPRESSING cr*p....imagine looking at 15,000 Jerry Vale, Andy Williams, plain 80's country 45's. Oh, well, they all can't be killer. I made me a post and then realized I had previously posted that 45...guess it is time to update my data base again! 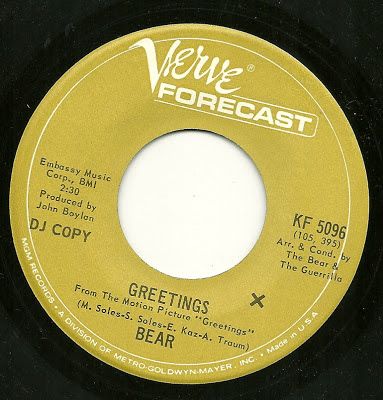 Posted by Poppacool at 5:42 PM No comments:

The Sonics - Don't Be Afraid Of The Dark

Whew, what a week this has been at work. Then to come home tonight and take a 85 question pre test for a workshop tomorrow. I think I could use a scorcher tonight.....how about the SONICS 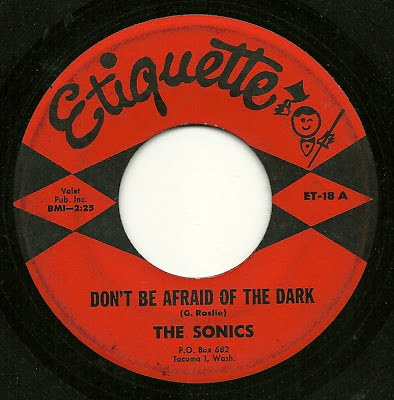 Posted by Poppacool at 7:45 PM No comments:

I had a productive weekend. Friday night my wife and I went to Chapel Hill to a concert (The Bats with Mac (from Superchunk) - great show in a small club and I was beat when I got home. Today started off  with early morning church, then came home and uploaded some songs to the computer, went to an auction up the road and bought 3 metal 45 boxes full of old country, R&B and rock 45's..mostly 50's country, and 1 box of LP records that were pretty much crap but in the bottom of the box I spied 4 Elvis Presley and 1 Ricky Nelson hard cover EP's and then came home and mowed the lawn. The records were a nice haul considering I found nothing on Saturday's yard sale trip.
I was thinking of this song while in Church so 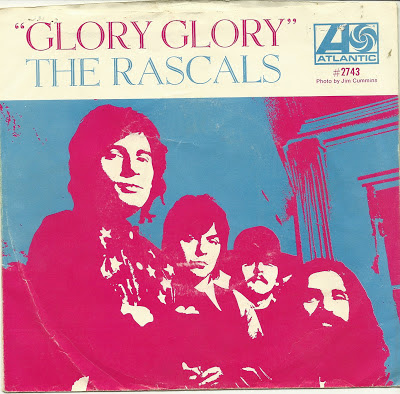 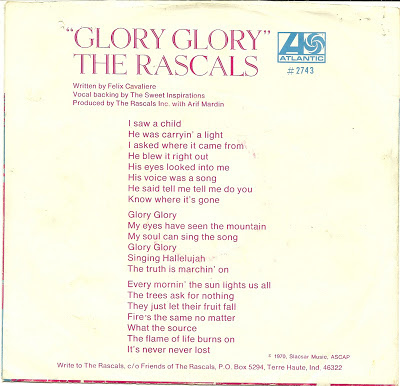 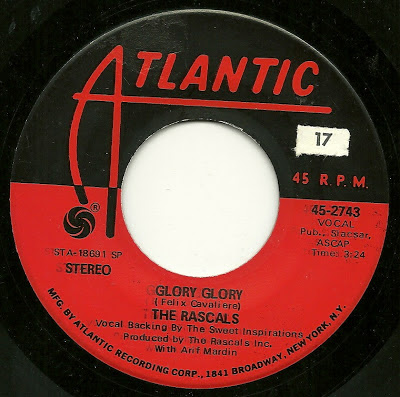 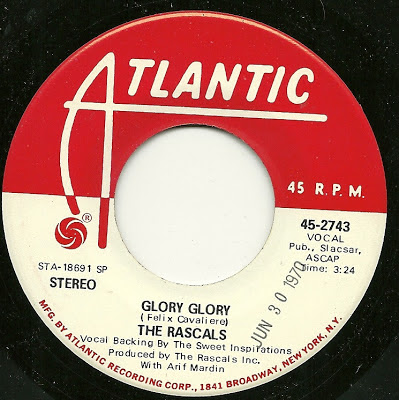 Posted by Poppacool at 6:02 PM No comments:

The Electrons-It Ain't No Big Thing


I am adjusting to life after graduate school. No more papers or studying late at night. Last night I put the headphones on and watched Youtube concerts and videos. There is a wonderful concert with Paul Kelly and Neil Finn that I skipped through and at some point will get to watch all of it. So many videos, so little time but alas no video of The Electrons singing this song...bummer 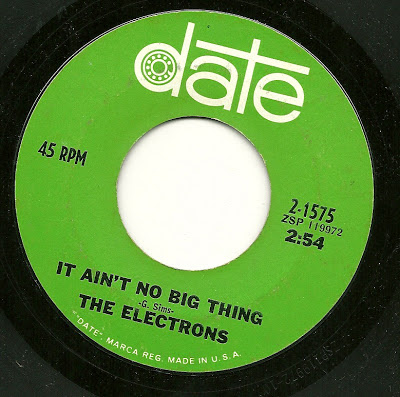 Posted by Poppacool at 7:19 PM No comments:

Picked this up at a yard sale yesterday. A bit beat up but I managed to clean it up where the crackles are not too distracting. 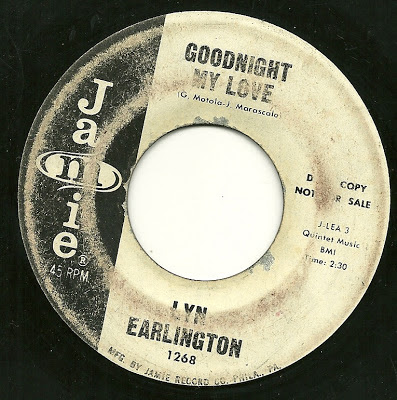 Posted by Poppacool at 7:16 PM No comments:

The Eyes When The Night Falls

Picked up this last summer. Pretty sure it is a boot but what a killer song 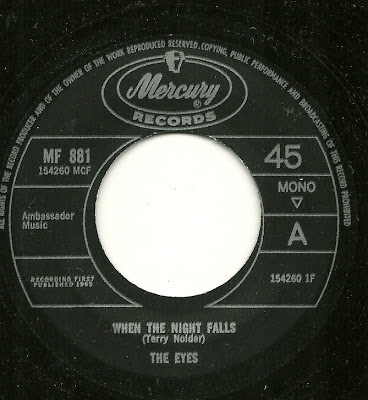 Posted by Poppacool at 8:35 PM No comments: