Jessie Mae Hemphill Shame On You

Here is a Holly request. B side to the Christmas 45. And Holly, I have also updated the Rev. Cleophus Robinson's posts 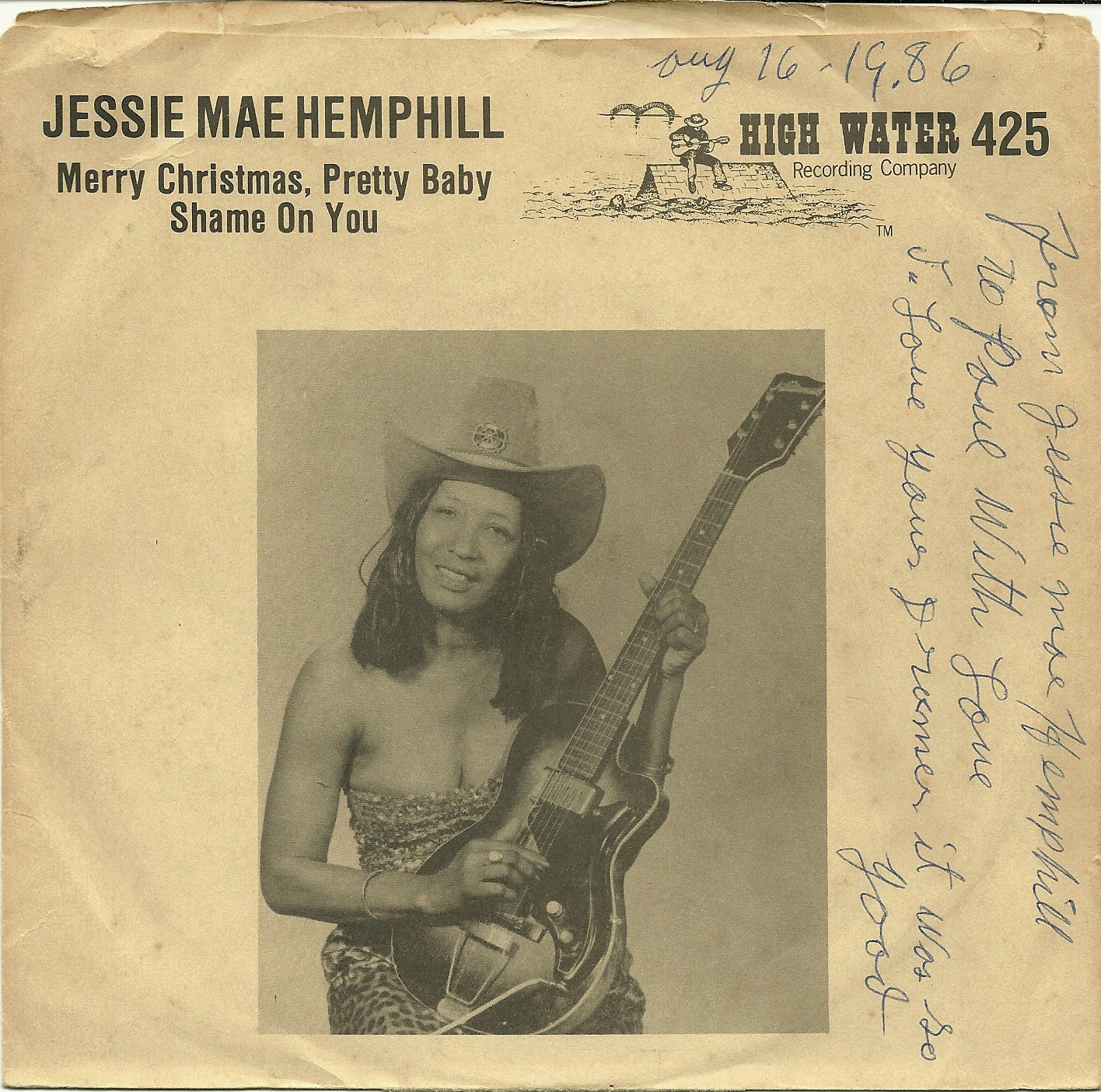 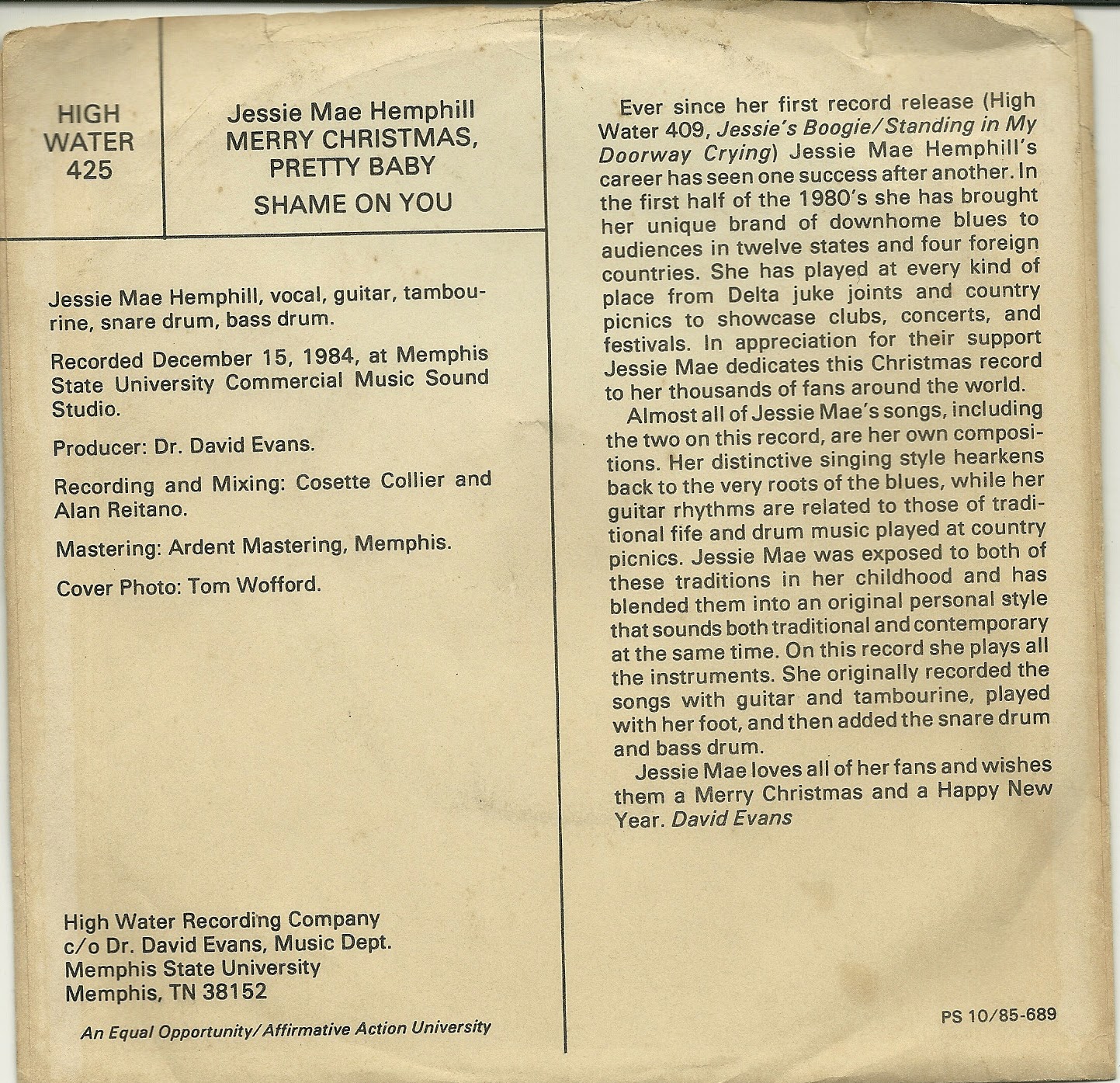 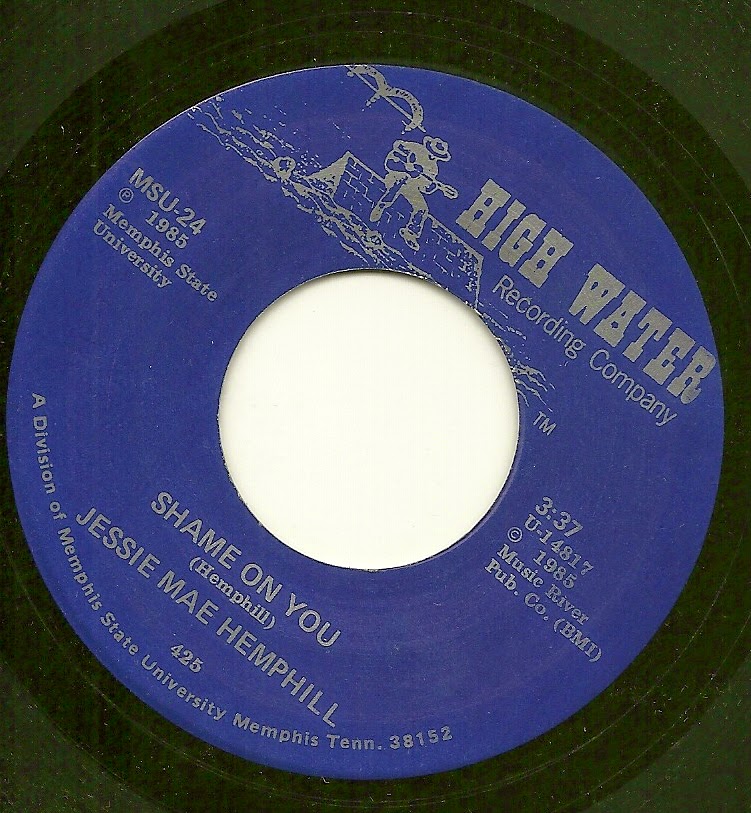 I snuck off to Raleigh today in the Rain to hit Pet Smart and then hit Schoolkids Records. Met a cool record store clerk, listened to Donnie and Joe Emerson Lp on Light in the Attic [a must future buy!]and bought some fantastic 45's that will make their appearance on this blog at some point [including at least 1 more Fowley related 45- the dude was everywhere!].
My last 45 in the week long tribute to Kim Fowley is the other side from last Saturday's post. The first time I ever heard this song was actually the Sonic Youth version 20+ years ago when I did not have a clue who Kim Fowley was. I am wiser now. Rest in Peace Kim, 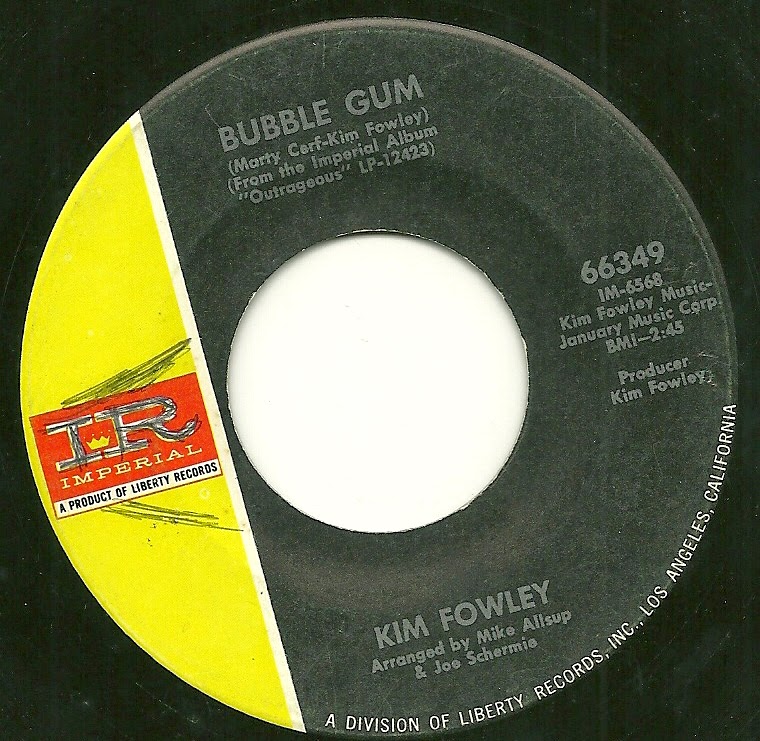 Kim put out this 45 on Loma around the time he produced the Belfast Gypsies 45 on Loma. I uploaded one side of it a few years ago and at some point I will upload the other side. 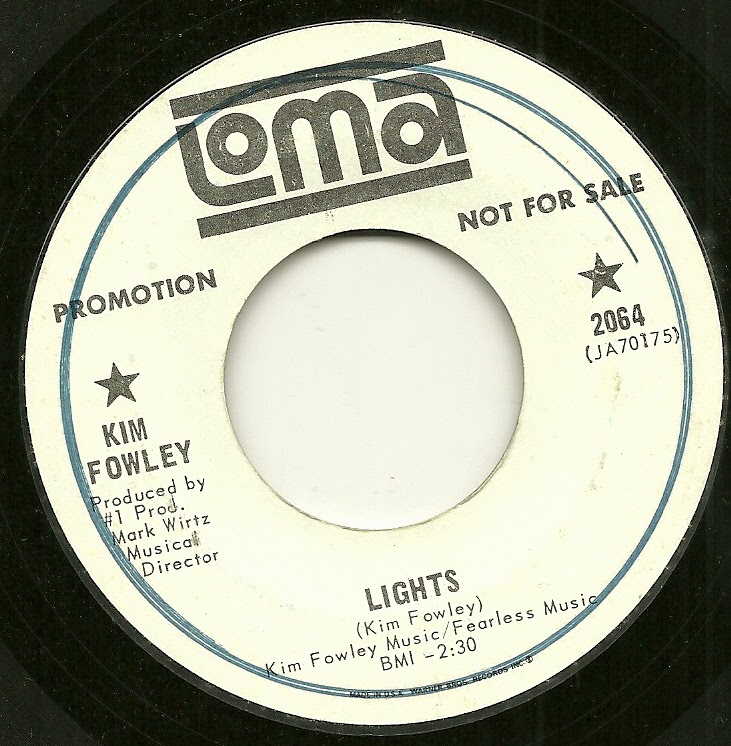 Posted by Poppacool at 5:45 PM No comments:

Another Fowley published song...which he also released under his own name. This one was one of the first LSD related songs released 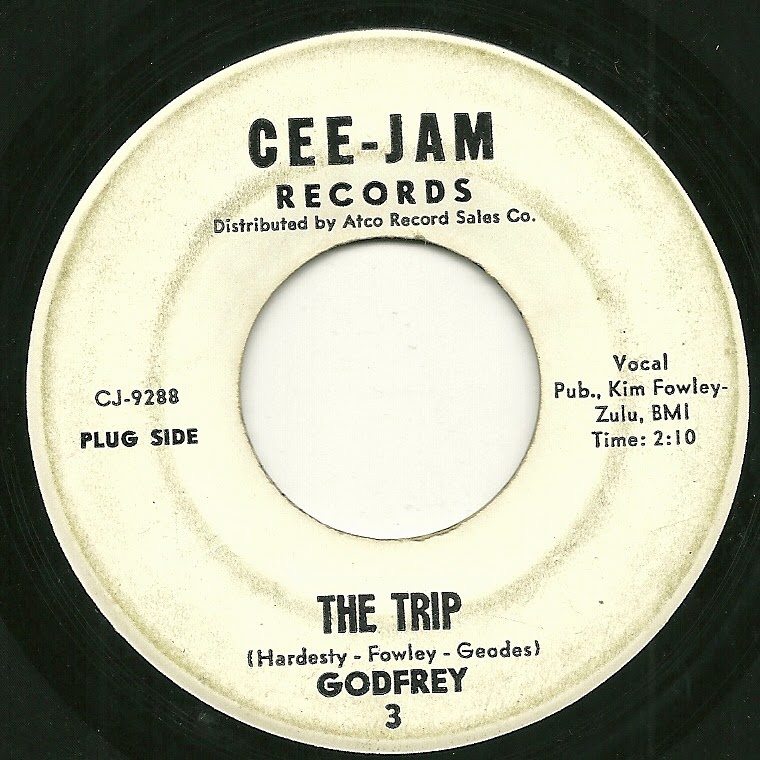 Kim Fowley - Strangers From The Sky

I like to listen to a show called Coast To Coast while I drive to work at 4:30am in the morning. They often have discussions on Aliens and such. I could imagine Kim being a guest describing his experience [if he had one] 'There is Life on Alpha Centaury, the North Periphery, eyes of the living stars have seen us". Tonight we are back to Kim the artist. I doubt Frank Sinatra approved of this one! 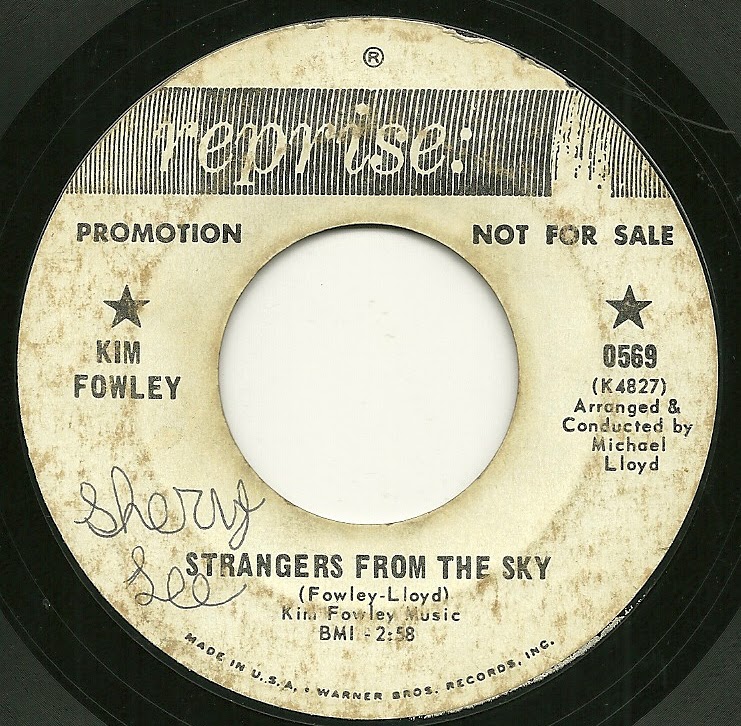 Kim Fowley had a wide variety of musical tastes. The songs he mentioned as his favorites seemed to be from his youth, notably to me was Whispering Bells [fantastic song by the way that IS in poppacool's collection]. Tonight's offering is his role as producer. I know nothing of this band and if he had any other relation to them. The B side is also cool but will be posted at a later date. 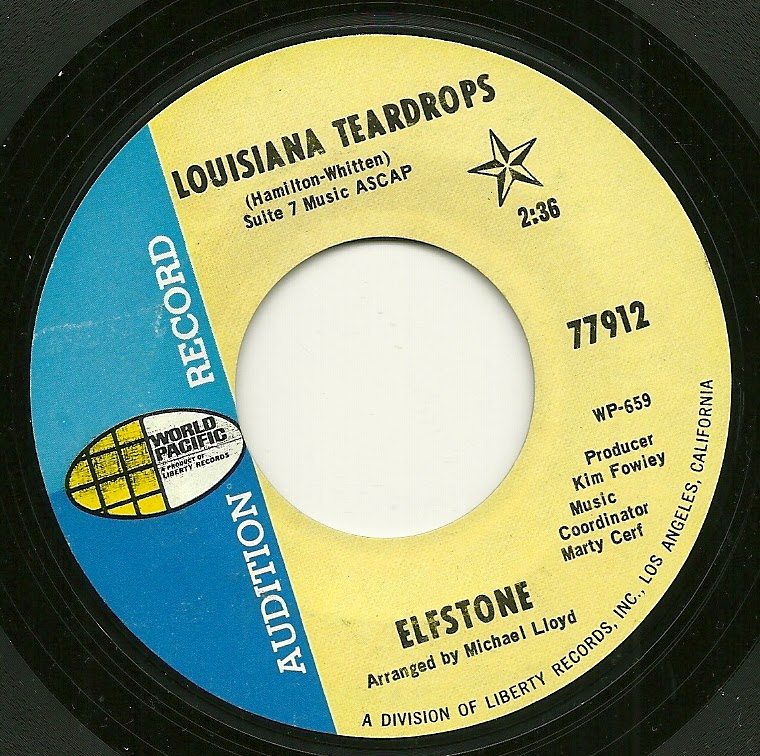 Somehow Kim Fowley ended up with a Capitol Records contract and put out a few LP's and a few singles. This was off his first Capitol LP from 1972 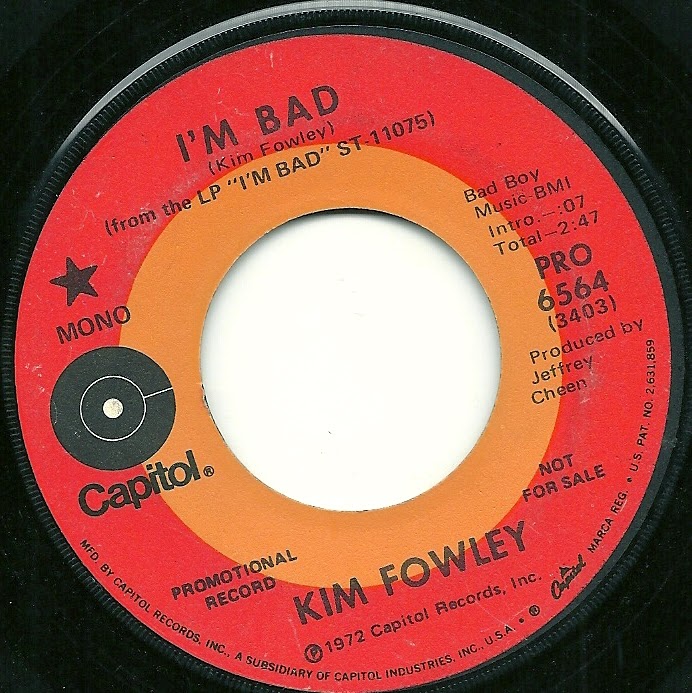 Posted by Poppacool at 8:34 PM No comments:

Last night I posted a freaky psych 45 from Kim Fowley. Day two of my tribute to is a song he co wrote with Cat Stevens...yes, Cat Stevens.  Included with the promo 45 was this letter from the Record company...cool huh 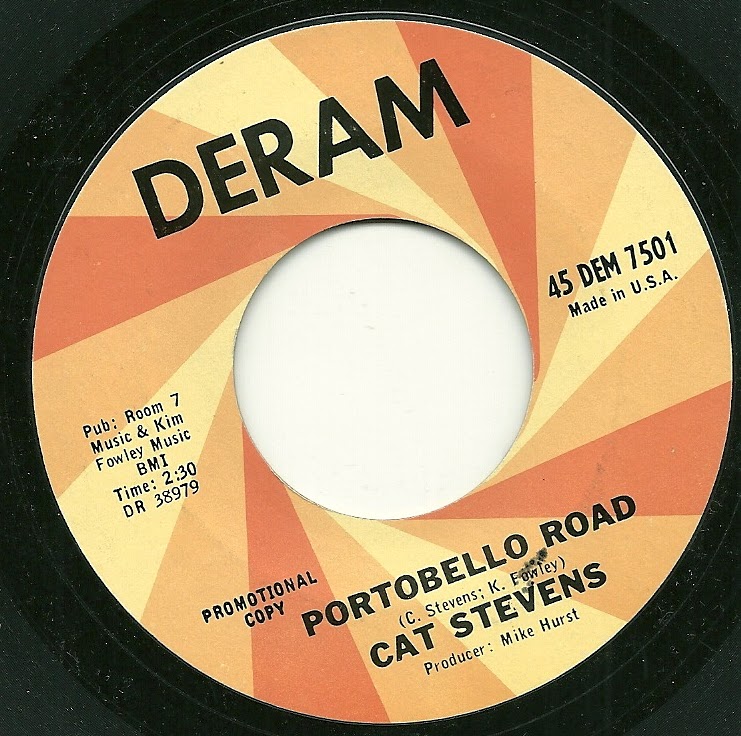 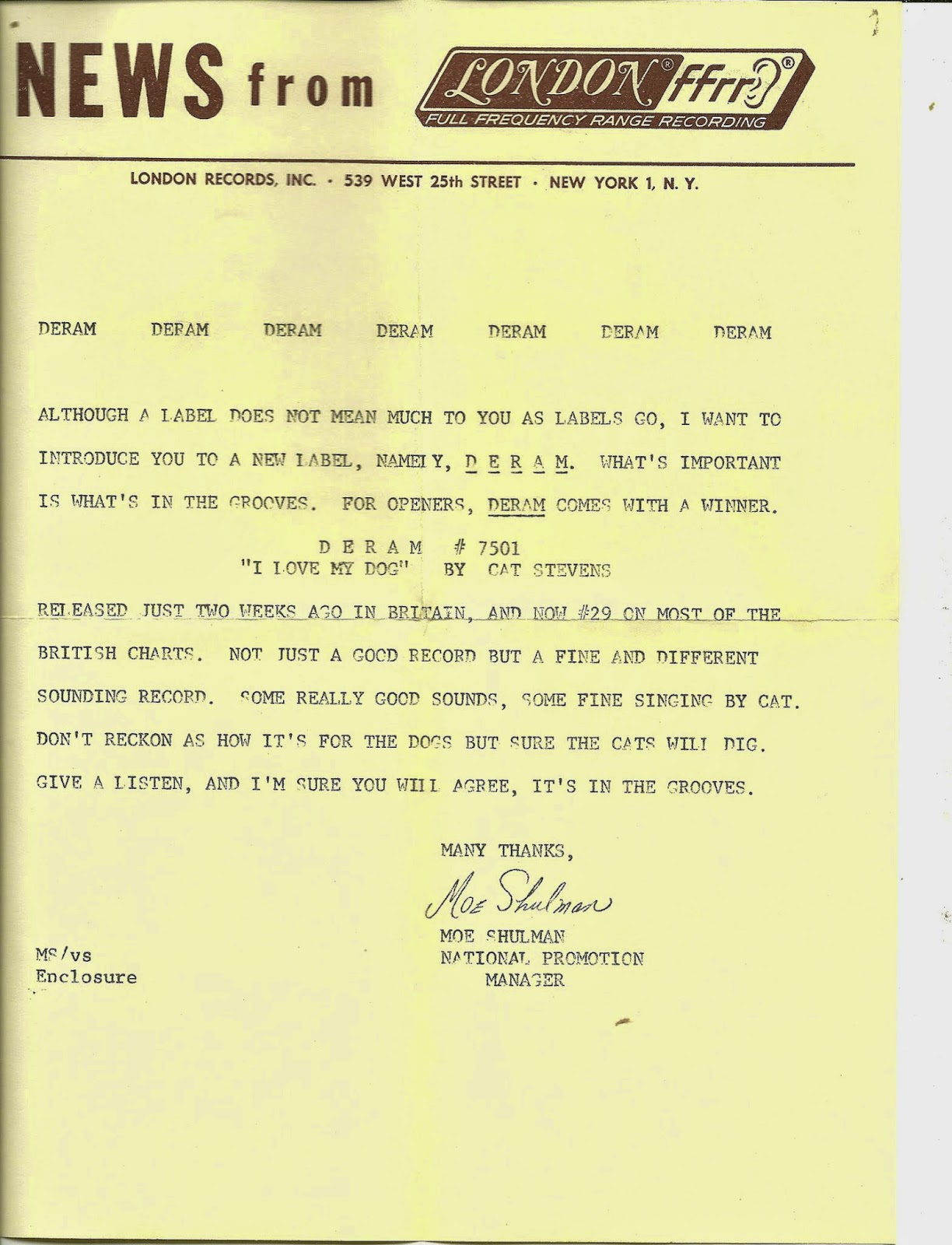 
Rock N Roll lost one it's glorious Freaks on Thursday when Kim Fowley died. I hope he would not be offended by my calling him a freak but it is meant with respect. He was essential.  I try not to think of the Rock N Roll Hall of Shame too much, especially when I know that individuals like Kim won't be in inducted. When you look at a who's who list of the artists he discovered, produced, the songs he wrote and the artists he worked with, it is mind boggling. And he won't be in...he is all but ignored by the mainstream as he was an enigma. An outlier.  Granted, he had a huge ego which is how he probably kept plugging away. But I guess that is probably not out of the normality for artists. If you listened to him on the Underground Garage, or just watch any of the interview videos on youtube or look at his blog to get an idea of how large an ego he had.  He was a freak but he was an honest freak. Take the song from tonight. There is one point at the end where he says, "It's too dirty. i't'll be banned, oh God". He pushed the limits. I am posting a link to a youtube video and there is one point near the end where he says, "What was more fun, doing the records no one ever heard of- those were the honest ones, this [as he points to the gold records] was paying the rent"
I'll start out my week tribute with this juicy morsel from his Imperial years. 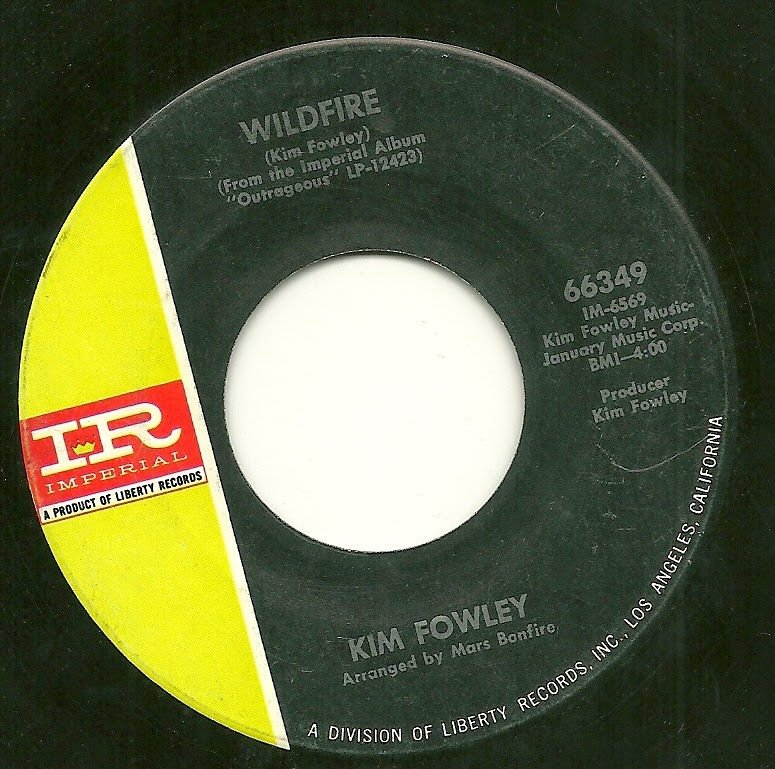 Posted by Poppacool at 8:26 PM No comments:

The Motions - It's Gone

Not sure what happened to last week but I have corrected and uploaded the Allies 45. Busy as usual and no opportunity to look for records. Had to work today plus it was cold today. Listed the other side of this previously 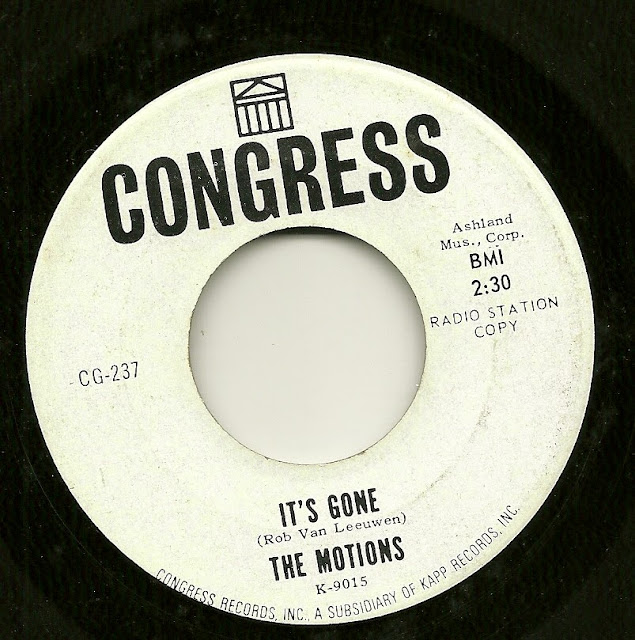 The Allies - I'll Sell My Soul

I spent sometime today enjoying the blog "So Many Records So Little Time". I can just imagine the full extent of his record collection and I don't want to be jealous. After all, I'm pretty happy with my own personal collection. It's just not right to be too greedy!
I'm a little late on posting the all time top 10 for this site. I try to post it every January 1st. If you compare this year's with last years, you will see some new comers. 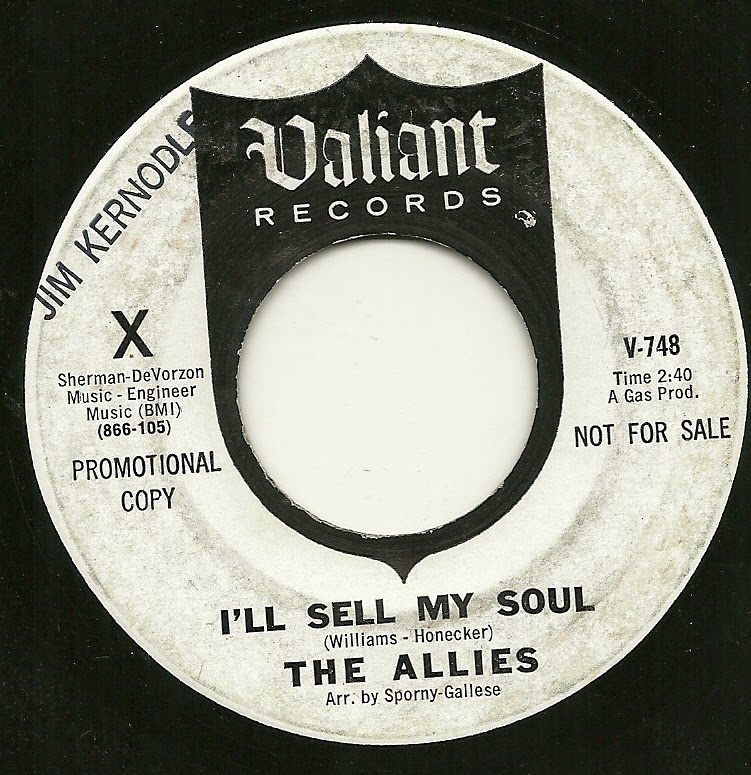 Posted by Poppacool at 9:37 PM No comments: