The Minus 5- Nine Lives to Rigel Five

I have this love for late 70's power pop 45s and plan on having a week long extravagana of them in the future. I have uploaded some power pop in the past: (see Chris Stamey, Big Star, Flamin Groovies, Leopards, Plimsouls) etc but I really have neglected it in both uploads and collecting. Of course some of the songs on my wish list are pricey as hell. I'm not going to say tonight's offering is powerpop. The Minus 5 have been around awhile and they recorded a couple of Game Theory songs for this CARA 45 record club. I never go more than a week without listening to some Game Theory and Scott Miller's other band The Loud Family. They were criminally overlooked. Scott left this world in 2013 and the world is worse off for it...that is a fact!  So when I read that the Minus 5 were putting this out I immediately joined the CARA club..it was pricey for 12 45's but the ones I have received have been pretty good.  So enjoy this early Game Theory song by the Minus 5 and I have even included the Game Theory version. 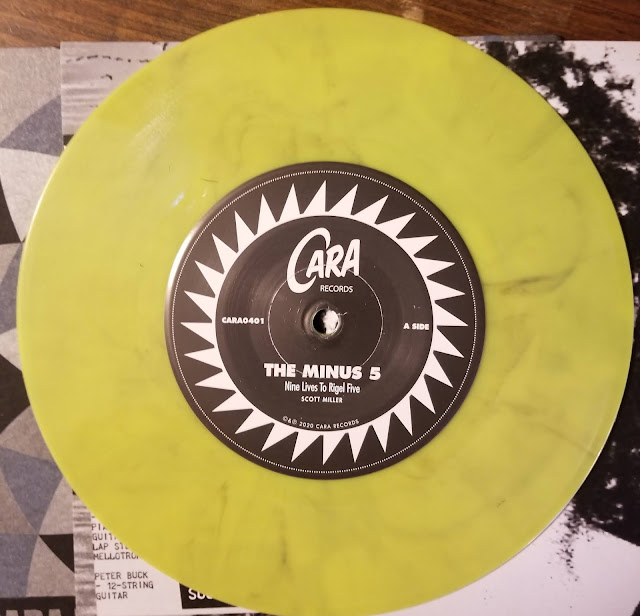 Posted by Poppacool at 5:22 PM